2019, the year of new beginnings, fresh ideas seeks to be the year of disruptive inventions, innovative product launch and paving the path for a remarkable technological change on a global scale. As we look back to 2018, we can trace some technologies which impacted the lives of an ordinary man both in the personal and professional terms.

Artificial intelligence which was thought to be a simple assistant for making a person’s life easier has now become an integral part of many people’s lives in certain spheres. Did you ever imagine in your wildest dreams that in future you will be conversing with an artificial assistant? Most of us didn’t. We always used to think it as a scene straight out from the Hollywood science fiction movie, but as we usher into the brave new world of incredible inventions, fictions are turning into reality making us question the very existence of the statement “This is not possible.”

1. Robot Cars Or Self-Driving Cars:
Cars without drivers? This was highly questioned as consumers were in a dilemma how trustworthy would it be, but as in case of every new invention people are skeptical in the beginning but get used to it with each passing year.

Robot cars were out on the roads for commercial purpose with Google’s Waymo in December 2018. Google had to take extreme precaution and measures after the accidental killing of a pedestrian by the Uber’s autonomous vehicle in March 2018. It has to be noted that some inventions cause fatalities and companies start reconsidering to scrap or put the entire project on hold. It is too early to say whether it’s right or not to go ahead with the project, but there have been cases where the same inventions developed and enhanced with new features has benefitted the world community enormously. In 1912, Franz Reichelt failed operation of his invented prototype parachute, killed him when he jumped from Eiffel Tower. It was modified to a great extent by other inventors leading to the final output of the modern parachute.

Uber even looks to learn from its past and move forward by making its robot car a successful project, on the other side Google’s Waymo One brand has already started serving its early rider program members numbering around in the hundreds. A futuristic and untraveled path awaits humanity, considering many other companies plunging into this lucrative market, one of them being GM’s Cruise planning to serve its customers with robo-taxis by the end of 2019.

2. Omnipresent Voice Assistants:
Alexa, Siri, Google Assistant, Microsoft’s Cortana were in the news quite some time, but now they have entered the personal space of our life with a bang. 2018 was the year when all of these products got a significant boost with an extensive range of sizes, features, colors, released in the market.

Alexa, a popular voice assistant, has a unique whispering feature made possible with its training on human interactions recordings. These recordings are both in normal phonation modes and whispered mode to make it efficient. At the end of a busy work schedule, we all crave for human attention. Alexa although an AI empowered voice assistant makes the conversation feel like a conversation with another human being. It’s like a friend who lowers his voice when we speak softly. Alexa starts mimicking our tone and voice to make us feel comfortable.
Apple’s Siri is also getting smarter with the machine learning language and can be personalized to make it more helpful. It speaks 21 languages much to the convenience of its user.

Voice Assistant market is growing exponentially with a 1000% increase and is about to reach $275 million by 2023.

Google Duplex helps the Google Assistant to communicate with the user in a human mode. It uses the words which give a feeling of talking to a human assistant like, “oh,” “umm,” etc. According to the Business Insider report, Apple’s Siri owns 46% of the voice market share, with Google Assistant owning 28.7% market share and Amazon’s Alexa with 13.2% market share.

Voice assistants are getting enabled to tune into human emotions with better features and natural language processing (NLP), which is leading to consumer acceptance and growth in the consumer market. The only concern which is bothering an ordinary person is that they don’t want to get fooled and want complete transparency. They want to know before only whether they are talking to a bot or a human assistant.

3. AI Investment In Major Countries:
China and USA are the major countries heavily investing in AI, while the USA is investing in academic research and development, China is implementing AI vigorously in the day-to-day life to give a better life to its citizens.

China is one of the fastest growing developing countries in the world. The construction of a massive number of concrete buildings in its major cities is adding up to the woes of a common man. This is summed up with more congestion by the increased number of vehicles and polluted water bodies in the cities. China experienced one of its worst air pollution on 14th November 2018. Fine particulate matter up to 376 micrograms per cubic meter was recorded, which was a significant spike from May 2017. IBM research China came up with a solution which professes to mitigate the effects of air pollution through predictive analysis. The prototype solution can generate a high-resolution forecast of air quality with 72 hours ahead of the time.

IBM uses the data from the Beijing Environmental Protection Bureau to refine the model. The system uses the adaptive machine learning to predict the weather and air movement in different areas and neighborhood. This helps in mitigating the air pollution by advanced precaution measures.

Brief Thoughts:
2018 was the year of the major upheavals in technological developments and setbacks when summed up with the introduction of Google’s Waymo One to Uber’s self-driving car mishap and its comeback within a short period. We also saw significant developments in machine learning, NLP (Natural Language Processing), cognitive technologies, AI-enabled marketing, augmented intelligence, predictive analytics, internet of things (IoT) and others. AI empowered with other technologies made its mark in 2018, and the coming year one can hope to see major AI trends empowering humanity to lead a better lifestyle.

Did You Know Facts 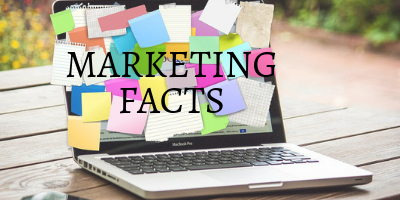